We have all been there and some of you may be going through it right now, but fret less because we have the ultimate guide on “How to politely reject a date offer”.

This has hit quite close to home for a member of #TEAMMB and as she attempts to deal with what seems to be the most stressful situation in a girl’s life, especially if we do actually want to be dating (just not with him) – we thought we’d take the chance and put out a few tips that we think might help you a bit better than the old adage of “thanks, but no thanks”.

You want to avoid as much damage as possible. Whether that be damage to your friendship (if friends beforehand), damage to his heart (the WORST) or damage to your rep (ain’t nobody got time).

Make sure you thank the asker. There is a good chance that he has put in a lot of courage and a lot of push-ups to Eye of the Tiger before asking you out, so be a good gal and say “thank you for the offer”. The male species are an awkward bunch so don’t forget that we actually want them to start taking chances and asking us out, so don’t taint his leap-of-faith experience by being a down right B*TCH. Also, he’s probably not the guy for you, but he’s definitely the guy for some other lucky lass. Don’t let your words change the outcome of his future relationships. 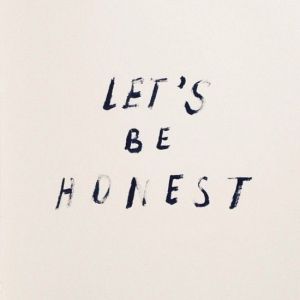 Don’t beat around the bush. If you don’t want to go out with him – TELL HIM THAT! It is going to save a whole lot of guilt and a whole lot of “yeah dude I think I’ve got her in the bag”, because let’s be real… He really doesn’t have you in the bag. When boys argue, they tell it how it is. When girls argue, they try and come up with the most offensive come backs like “your balayage is regrowth on steroids”. As much as it pains us, guys can actually handle the truth and in the long run, he’s probably going to thank you for your honesty.

Lastly, it all comes down to impressions. You’ll start reading this tip and be like “why the hell didn’t they just say that to begin with?”, well because it’s likely that you are already passed this stage and needed the first two tips. So next time – to avoid the above, maybe give this a shot and see how it goes. Don’t give the wrong impression and show your intentions early. If you just want to be friends, then just be friends. Don’t go texting him late at night asking him how his day was, be smart about it – do that during the day, at a normal hour. In saying that, that’s still kind of a weird thing to ask if you are not interested. Send funny jokes or memes, seriously just keep it casual! We all know that one girl who likes to lead guys on, from Team MB we beg you.. PLEASE DON’T BE THAT GIRL.

iThere are no comments

Begin typing your search above and press return to search. Press Esc to cancel.